How Businesses and Communities Focus on Sustainability- Business NH Magazine

Headquartered in Bedford with dozens of locations throughout the Northeast, CCNNE has a large production facility in Londonderry that in 2016 became one of just a few Coca-Cola bottlers nationwide producing zero waste. Martin says 96 percent of aluminum, plastic and cardboard are recycled, and the remainder is burned to become energy. 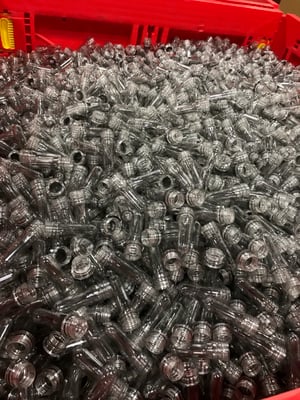 The company significantly reduced its carbon footprint by investing in equipment that reduces how many truckloads are needed to deliver bottles. Instead of receiving fully formed bottles, Martin says CCNNE now receives preformed bottles about the size of test-tubes and uses a blow-mold machine to inflate them to various soda bottle sizes. “That took us from 3,500 truckloads of empty bottles down to 300 truckloads of preforms,” he says. “It was a vast saving of energy and, [on] the transportation cost, removed an estimated 85 tons of carbon

The above excerpt was originally printed in the MAY 2019 edition of Business NH Magazine and written by Judi Currie. Read the full article here.