LONDONDERRY — While on a summer recess from his work in Washington, D.C., U.S. Congressman Chris Pappas, a Democrat representing New Hampshire's 1st District, paid a visit Monday to Coca-Cola of Northern New England.

The production facility on Symmes Drive is one of the company's six production sites in New Hampshire.

Pappas took a tour of the bottling facility, met with employees and company officials, and also had an opportunity to "shadow" a worker in the distribution portion of the building. Pappas also took part in a town hall meeting with company associates, his seventh since taking office. 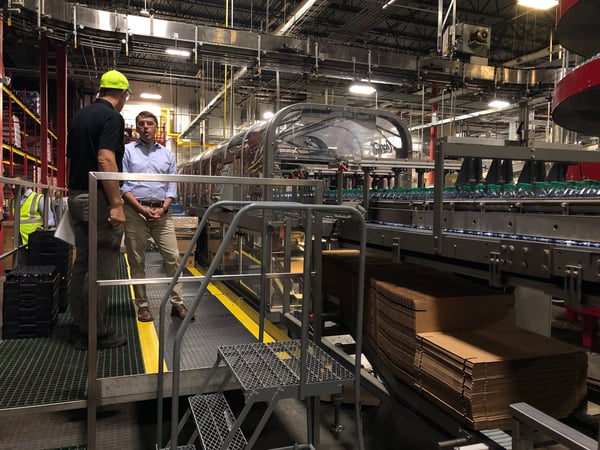 For Pappas, whose family has owned and operated the Puritan Backroom in Manchester since 1917, coming home to the Coca-Cola facility had special meaning.

"From the very beginning we were a Coke restaurant," Pappas said. "And we appreciated the business."

The original article was published on August 26, 2019 in the Eagle Tribune. Read the full article here.