Coke Northeast in the Community- November 2019 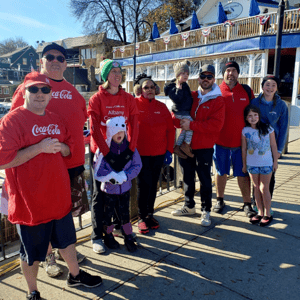 Coca-Cola Albany associates were freezin' for a reason! The team participated in the Special Olympics of New York's Polar Plunge in Lake George. 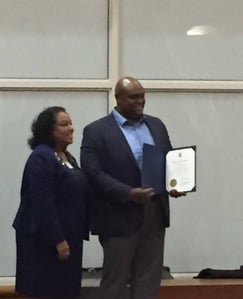 Coca-Cola Providence District Sales Manager Princeton Jennings represented Coca-Cola Beverages Northeast as a proud sponsor of the Rhode Island State Council on the Arts (RISCA) 2019 State Black Art Exhibit entitled "Journey". The event was held by the RISCA at the RI State House. Princetone was presented with a citation from the Office of Governor Raimondo. 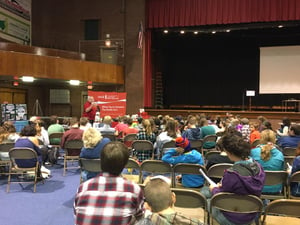 Coke Northeast Sustainability Manager Ray Dube presented at the 2019 Vermont Youth Environmental Summit (YES), an annual conference for middle and high school students. YES is an opportunity to learn about environmental issues and get involved in local communities.

For the second year in a row, Coke Northeast served as a 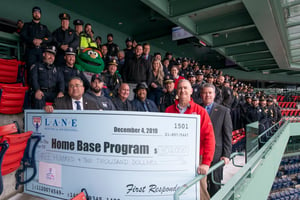 Silver Sponsor for Home Base’s No Shave November fundraiser. The month-long campaign raises money for Home Base, a partnership between Mass General Hospital and the Red Sox Foundation, to further its mission of providing free mental health resources to veterans and their families. 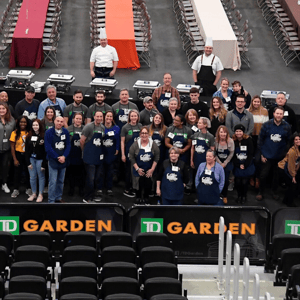 Coca-Cola Boston supported the 24th annual Table of Friends event. The floor of the TD Garden was turned into a lively dining hall where Thanksgiving meals were served to more than 1,000 homeless Bostonians. 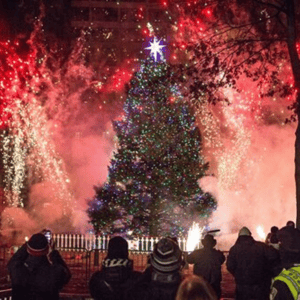 Coke Northeast once again helped to spread holiday cheer by sponsoring the Boston Common Tree Lighting ceremony on December 5. This signature event to kick off the holidays also gave us an opportunity to sample Coca-Cola Cinnamon and Sprite Winter Spiced Cranberry, two tasty additions to our seasonal lineup of beverages. 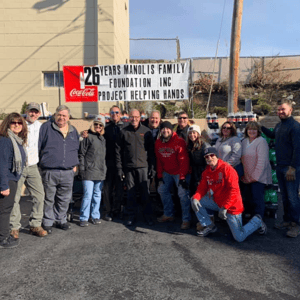 Coca-Cola Lowell once again supported Dracut House of Pizza and The Manolis Foundation with its annual “Project Helping Hands." This food drive is in its 26th year, and Coca-Cola Lowell has been a major sponsor each year. More than 1,600 Thanksgiving meals are put together and delivered to under-served families. This year, Steven Nobrega, On-Premise District Sales Manager for Lowell, and Chris Longtin, On-Premise Sales Manager for Coca-Cola Lakes Region, spent the day helping sort through the product to be packaged up for the meals. 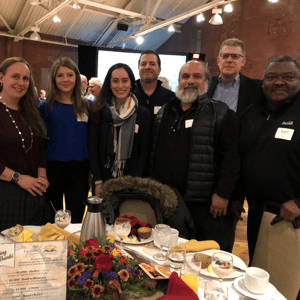 Coke Northeast associates attended the 26th Annual Families in Transition-New Horizons (FIT-NH) Thanksgiving Breakfast. FIT-NH is one of the largest homeless service organizations in New Hampshire. Coke Northeast has been a long-time sponsor of the organization that provides food, emergency shelter, affordable housing and a full spectrum of services for people to create their own success. 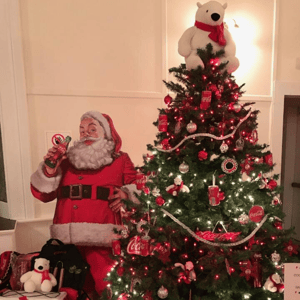 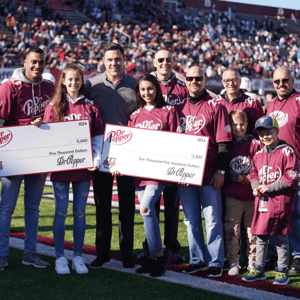 Coca-Cola Greenfield teamed up with Dr. Pepper and hosted a product sampling event and tuition giveaway contest during halftime at a UMass Amherst football game. Two UMass students squared off in a football toss, with the winner taking home $5,000 towards their college education. The team was also able to surprise the runner-up with a check for $2,500! 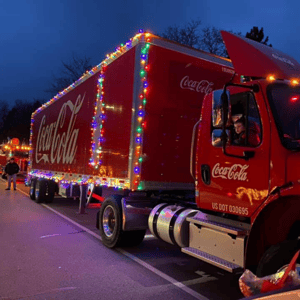