This summer has been unlike any other and as we near the end of this very busy and challenging season, we wanted to share some of the ways our associates continue to give back to the communities we are fortunate to serve. 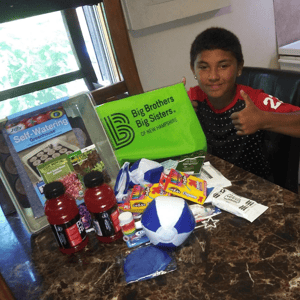 In early August, Coke Northeast donated Powerade to the Big Brothers Big Sister of New Hampshire for their Kids Care Pack Drive. Later in the month the packs, filled with many other things including arts and crafts, games, and hygiene essentials were delivered to “littles” around the state in an effort to help them feel more connected. 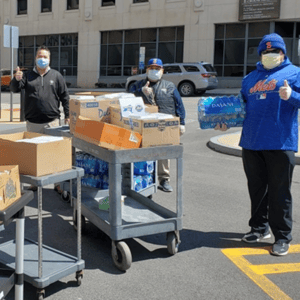 Coca-Cola Syracuse partnered with the Syracuse Mets, the triple-A affiliate of the New York Mets, to provide food and beverages to several local hospitals at the height of the pandemic in upstate New York. Pictured here is Mike Brown, Coca-Cola Syracuse District Manager. 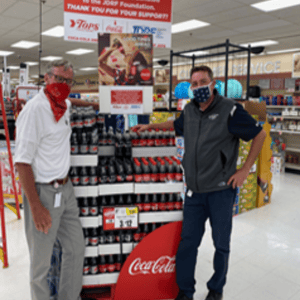