November marked National Gratitude Month. We are so grateful for our many teams that safely shared in the joys of the season with each other and made time to give back to their local communities. 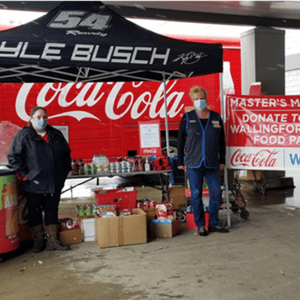 In early November, Coca-Cola Hartford District Sales Manager Nicole Kruse helped to organize a food drive and beverage sampling at the Wal-Mart Grand Re-Opening in Wallingford, CT. The team collected 3,400 pounds of food and beverages and received $100 in cash donations for The Master’s Manna Food Pantry in Wallingford. 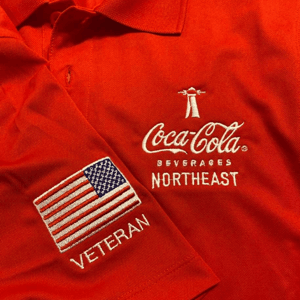 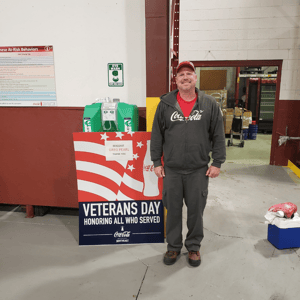 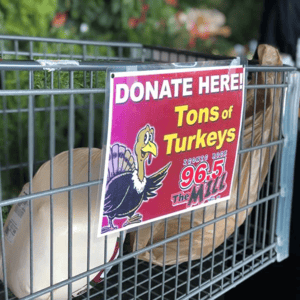 Coke Northeast supported 95.7 WZID & 96.5 The Mill’s annual Tons of Turkeys event. Tons of Turkeys has become a Manchester, NH tradition where the radio station partners with local Hannaford Supermarkets locations to collect turkeys that benefit Families in Transition/New Horizons (FIT/NH), one of the largest homeless services organizations in New Hampshire. 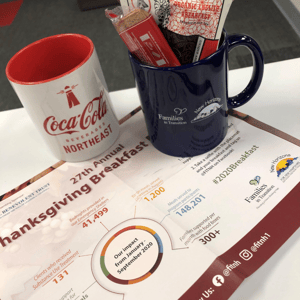 Coke Northeast has been a longtime supporter of FIT/NH. The pandemic has undoubtedly impacted all aspects of our lives but especially those that are food insecure and facing homelessness. We were grateful to have once again taken part in the Families in Transition 27th annual Thanksgiving Breakfast virtually this year.

Coca-Cola Naugatuck and Coca-Cola Buffalo distributed turkeys to their associates with cases of Coca-Cola and Diet Coke. In Buffalo, associates had the option to donate their turkeys. The team was able to donate 20 turkeys to Feed More WNY. 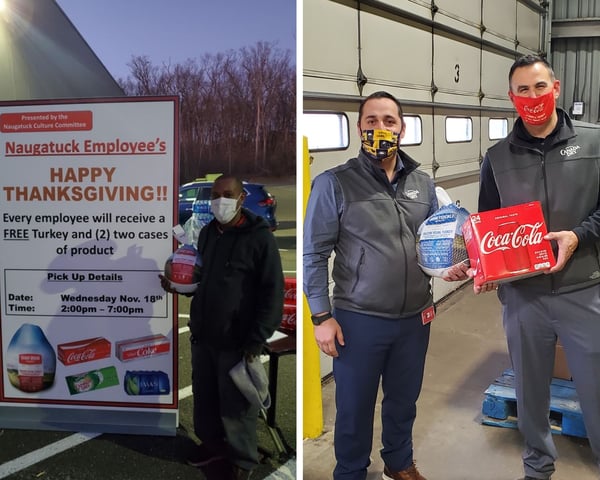 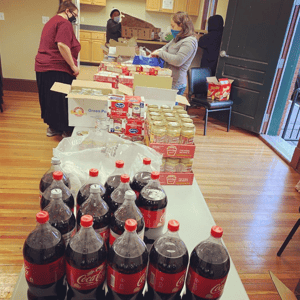 In November, Coca-Cola Lowell supported the Coalition for a Better Acre (CBA) along with the Merrimack Valley Food Bank. CBA was able to provide 60 families with a full Thanksgiving meal that included a turkey, sides, and beverages. 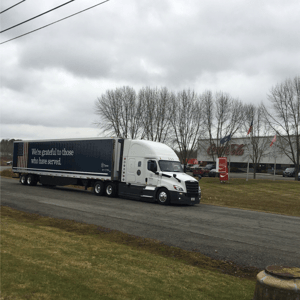 Coca-Cola Bangor donated product to a team of truck drivers at Tyson Foods that help prepare meals for volunteers participating in the annual Wreaths Across America wreath laying ceremonies.